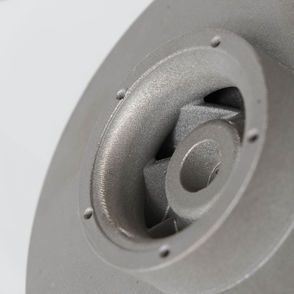 In January 2018, 11 companies started two seamlessly aligned Joint Innovation Projects (JIPs). The group has grown to 18 partners by June 2019. The JIPs goal is to develop a guideline for the qualification of spare parts produced by Additive Manufacturing technologies, and an accompanying economic model, to be used in the Oil & Gas and Maritime industries. Recently, the JIPs have been extended till December 2019 to gain learnings from a 2nd round of part production and to allow maturing of draft guideline through the use by the partners.

The partners collaborate in two coherent and seamlessly aligned programs:

If your organization is interested to join this JIP ProGRAM, please contact Harry Kleijnen (Additive Industries). The deadline for new partners to join the JIPs will be on July 31st 2019.

New Joint Innovation Projects on additive manufacturing for the Oil, Gas & Maritime industries are about to be launched. If you are interested in participating, do not hesitate to contact Harry Kleijnen (Additive Industries) or Harsharn Tathgar (DNV-GL) and Onno Ponfoort (Berenschot). Martine is the marketing officer at Additive Industries

Return to all aticles

We are committed to long-term partnerships

Our team is eager to address your AM challenge